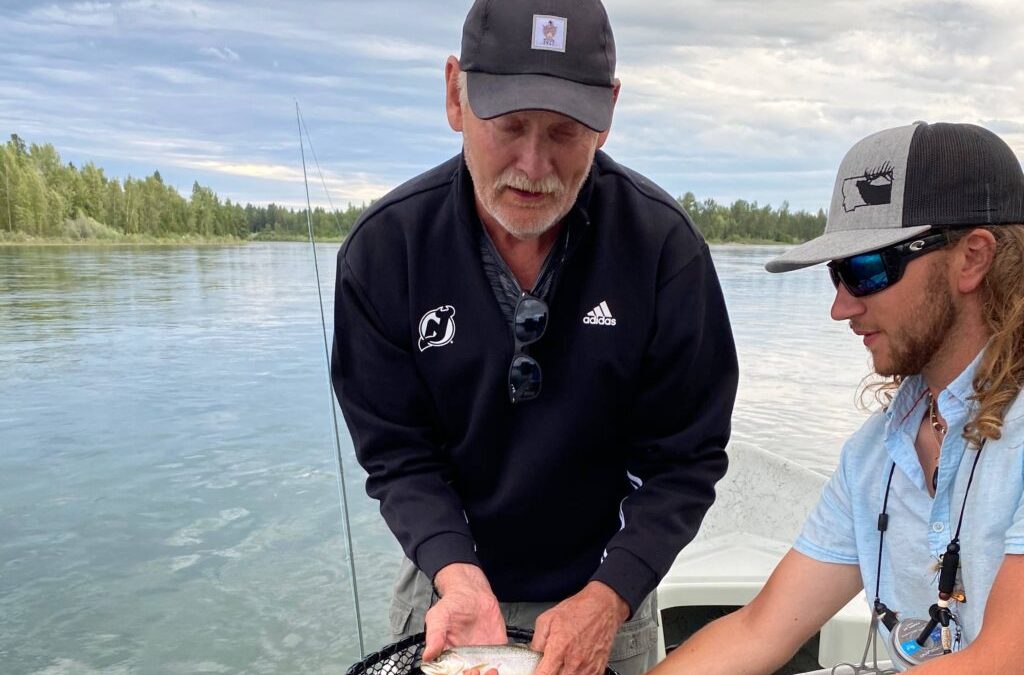 By Corey Masisak (The Athletic)

The opening scene of “Valiant,” a documentary about the incredible first season of the Vegas Golden Knights, includes sweeping views of the Montana landscape and the club’s owner, Bill Foley, surveying the scene from his helicopter. Next comes the story of how Foley first told Murray Craven, now a senior vice president of the Golden Knights, about his grand idea — a hockey team in Las Vegas — while standing on a lake dock in Whitefish, Mont.

There’s another prominent hockey figure drawing up plans for his new team by the lake these days. Lindy Ruff, named head coach of the New Jersey Devils last month, and his family have a summer home on Whitefish Lake. Craven is his neighbor and Foley’s place is “at the end of the lake.”

“Geoff Sanderson, whose son (Jake) is going to be a pretty high pick in the draft, is about 15 or 20 good casts from my house,” Ruff said. “Doug Houda, who coaches with the Red Wings and coached with Boston, is another one. There’s a collection of NHL people around this area, and there’s even more on Flathead Lake (about 40 miles to the south).”