Jeff Blashill Q&A: Where the Red Wings can improve, and impact of new arrivals

It once seemed possible that NHL teams would be in training camp right now.

The Red Wings’ coaches would have been ready. With no games since March, they have had plenty of time to prepare.

Instead, a Dec. 1 target start date has tentatively been pushed back to Jan. 1. But whenever training camp does finally convene, expect plenty of new faces. Detroit brought in five new free agents, and added Marc Staal via trade, during this long offseason. Now, they all look to help pull the Red Wings from the league’s cellar.

Coach Jeff Blashill spoke with The Athletic Thursday about the potential impact of those additions, how he’s preparing for the season and more.

(Note: This transcript has been edited for clarity and length.)

What’s a day like for you right now? How much is there for you to do?

This has given us obviously an extraordinary amount of time to prepare, maybe to go through discovery, to talk to different people and find ways to keep getting better as a coach, as a staff, as a hockey team. I think we’ve had a couple different deadlines, where it’s brought us to a point to where we were prepared to start, and obviously that hasn’t happened yet. Which is fine, that just means you’re ready to go. …

Now, I also think there’s other areas that we’re continuing to try to improve and get better, and so it’s watching a lot of different video — it might be systems, it might be analytics research, it might be watching our players … over in Europe, just to kind of be as informed as possible and as ready as possible.

When you think about planning a camp after an offseason like this, what goes into that? How normal will that be, whenever it does arrive?

Yeah, obviously without knowing specifics of what that looks like, we’ve got to plan with a number of different models, depending on what gets thrown at us. Meaning, how many exhibition games, meaning how long is camp, how many players are at camp? Those are all unknowns.

So I think the most important thing for the Detroit Red Wings, with the fact we’ve been off as long as we’ve been off, is getting our hockey team as ready as possible to be ready to play as a unit when the season starts. And so sometimes during a normal training camp, you’re kind of serving two areas. One is getting your team ready, getting your players ready.

And two is looking at some of the really young players that you’ve drafted or that are potentially going to play for you down the road, and I would say — for a multitude of reasons — that won’t be a focus of this camp. Mainly, those guys won’t necessarily be here, and two we have to get as ready as possible, and we’ve never had a layoff this long. So I just think it helps narrow the focus of camp.

What do you look for when you watch some of the guys like Filip Zadina or Filip Hronek over in Europe, in a completely different environment, different style of play? What are you hoping to see out of those guys right now?

Yeah, those are interesting because it’s probably a little different than watching some of the younger players. First off … I haven’t watched lots of hockey in those leagues. So what a player looks like in those leagues, it’s hard to say what that comparable is to the NHL because you just don’t know.

But like in Zadina’s case, in particular, I think the important part is that he is continuing to build the type of habits that you have to have to be successful in the National Hockey League. Is he winning puck battles? Is he leveraging his body to do that? Is he winning the battles in front of the net where all the goals are scored? Is he good defensively? Is he playing from the right side of the puck? And you’re making sure those habits are all in a good spot, and if they were going off the wrong way, we’ve got opportunities to help correct that.

And I also think you like to see how his dynamics look. Is he creating scoring chances? Is he doing those things in an efficient manner? And then some specifically, like the power play. Not just how successful is he on the power play, but are there areas where we can help him while he’s playing, without overdoing it, become a better power-play player.

And the same would be with Hronek. Now, Hronek’s a little different. Hronek’s obviously proven much more at this level, but there are areas that are extremely important, that even if he’s having great success over there, he’s gotta make sure he keeps having great habits, and when he comes back here, it’s been a real productive time for him, having played. And we’re watching that, and then in communication with the players. 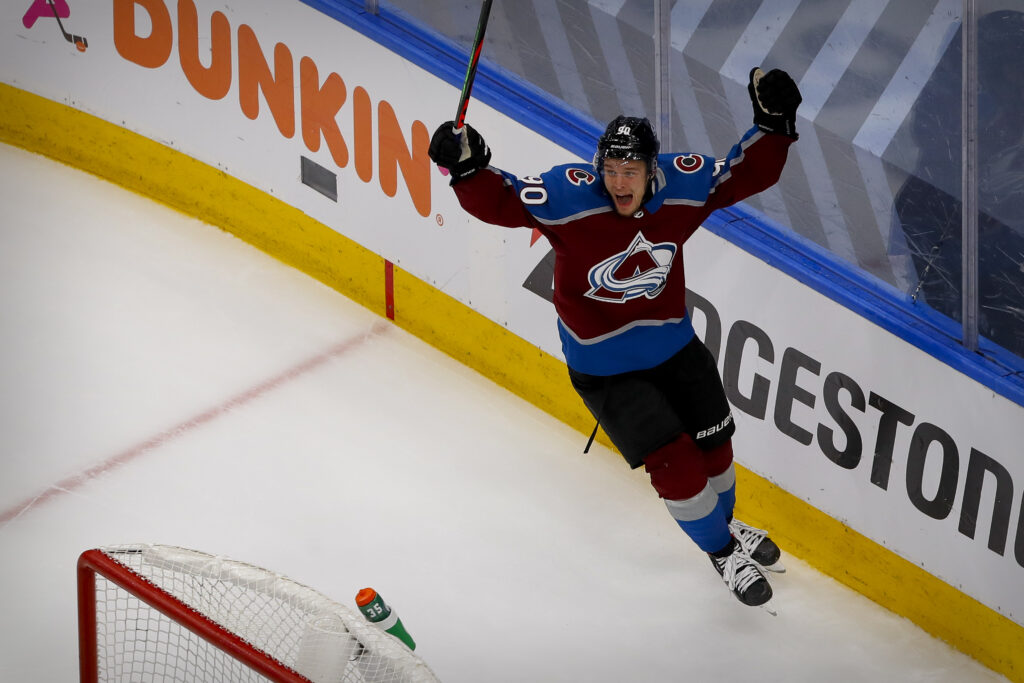 What do you think Vladislav Namestnikov and Bobby Ryan are going to bring for you guys up front next year?

Bobby Ryan, I really like the spot he’s at in his life. Just talking to him on the phone, I thought it was a really great conversation. I think he’s really motivated to have a great year. I think he’s in a real good spot personally. He brings, obviously, a right shot to our lineup that we don’t have many of. A right-shot power-play guy that, with (Sam) Gagner and him, it allows you to have a couple right shots potentially on each unit, and that brings a greater depth of types of plays that we can run.

And he’s been a high-end offensive talent, and we don’t have a lot of guys that were drafted as high as he is, that have that real high-end talent. So I think he’s got a chance to have a real good year, but we’ll see. … This is a hard league, and it doesn’t get easier as you get older, and you’ve gotta put yourself in the best position to succeed. Meaning, you’ve gotta be in unbelievable shape, and as you get older you’ve gotta keep, probably, breaking barriers of how much you’re doing. I think he’s doing that. He’s working with a skating coach that he’s mentioned to you guys. He’s, I think, training as hard as ever, and he’s coming to camp in great shape, and if he does that, I think he’s got a chance to have a good impact for us.

You never know, until you get going, where everybody is at. Guys, year to year, can have different years. And we’re just hoping that he’s able to come in and help us in a lot of different areas.

Do you see him starting out with some looks at center? I know you’ve got a few guys who can play all three positions up there.

When we start camp we’ll decide that. You know, I don’t anticipate any roster changes or anything like that, but between injuries and until the year starts — and even once it starts — you just don’t know what your roster looks like exactly, so we’ll see. The fact he can play center, I think, is a positive. I’m intrigued by giving Robby Fabbri an opportunity to play center too. So we’ll see, we’ll see where the best fit is. But the fact he can do it, I think is a real positive to have on your roster.

With Jon Merrill and Troy Stecher, what do they bring for you guys and where can they make you better?

Yeah, Merrill, Stecher and Staal, really. … I think all of them are good defensemen in their own way. They’re different players. Staal has been a veteran of the league, he’s been around a long time, he’s got, I think, the hockey sense to play efficient hockey, to give you however many minutes of good decisions. And I think that’s a real important thing on the D corps.

I think Stech is a really high-compete, work-ethic guy who’s got the type of determination that it takes to be a good winner for us. So I think it’s a good addition. And then Merrill is somebody I’ve actually known a long time. I remember him when he was a 15-year-old, and he’s got a lot of ability. He’s long, he’s got good size, and I think he’s looking for the opportunity to really put his stamp on the hockey team.

When you headed into this offseason, was there an area you were most resolved to improve heading into next year?

And then I just think the stuff that sounds simple that is so incredibly important, and that’s your work ethic, your compete, your execution. Those have to continue to grow, and whether it’s grow by a lot or grow by a little — I think for the most part, on a night-to-night basis, we worked and competed hard. I think our execution can get way better. So that starts in practice, and we’re going to work to make that a reality for us.

With Adam Nightingale going to the NTDP, are you guys just going with Dan Bylsma and Doug Houda on the bench next year, or do you plan on making another hire?

Correct, we’re just going to go with Dan and Doug.