The Flames are reinforcing perfection in their identity under Darryl Sutter 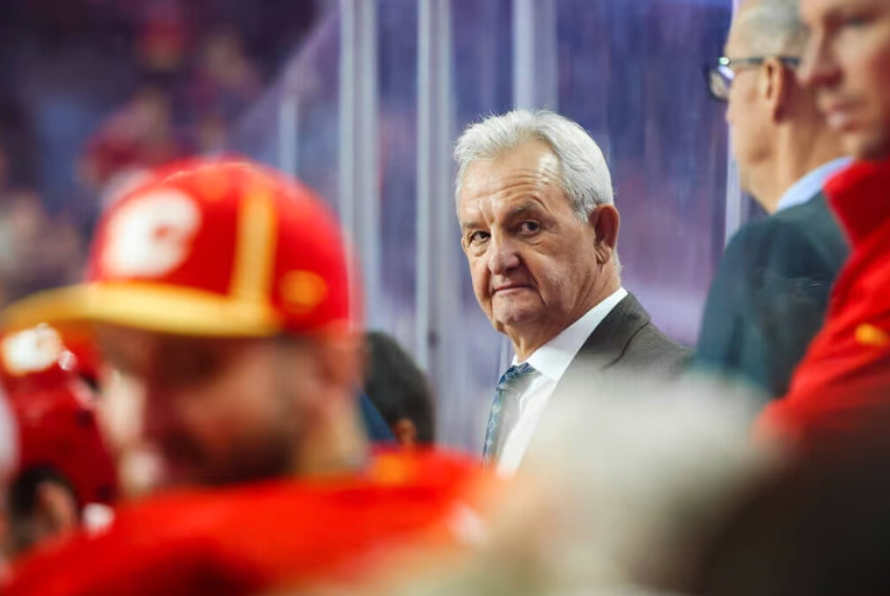 By Julian McKenzie (The Athletic)

CALGARY — Before Darryl Sutter was called upon to coach the Flames in 2021 for his second go-round as head coach, he remembers watching two teams with high standards and success rates: the Pittsburgh Penguins and the Tampa Bay Lightning. The Lightning had just come off a Stanley Cup championship in a pandemic-wrecked campaign the season prior, while the Penguins were a few years removed from back-to-back titles.

It’s no accident that those two teams were among the ones Sutter watched closely considering how obsessed he is with championship pedigree. When asked about the most significant difference between Tyler Toffoli and Matthew Tkachuk, he pointed to the Stanley Cup the former had won. Ahead of the Flames’ matchup against the Penguins on Tuesday night, he listed the important cogs on a team that still deserves respect despite having not advanced past the opening round of a postseason — or play-in — since 2018.

In order, he named Mario Lemieux, Brian Burke, Ron Hextall, Mike Sullivan, Sidney Crosby, Evgeni Malkin, Jeff Carter and Kris Letang. While they didn’t all win the Cup in Pittsburgh, they still won it at some point in their careers.

“Go right down, look at the pedigree of their team. It starts right there,” Sutter said.

The Flames went on to beat that same team hours later in a 4-1 win that improved the team’s record to 5-1-0, their best start in franchise history. The Flames got goals at five-on-five and dominated faceoffs, all while keeping Crosby and the rest of the Penguins’ offence mostly in check. Calgary’s five wins have all come against either playoff teams from last season and Vegas, who only missed the postseason for the first time in their history last season. The Flames got goals from Nazem Kadri and Jonathan Huberdeau, two of their newcomers.