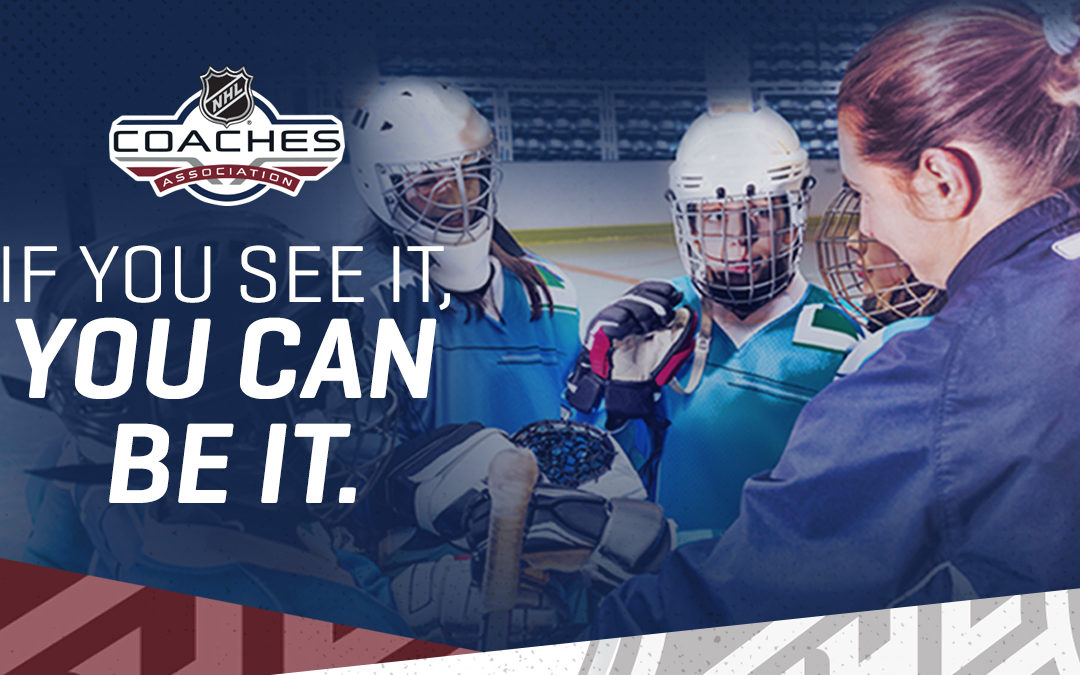 The NHL Coaches’ Association is committed to the development of all hockey coaches. As leaders within their communities, hockey coaches are vitally important in supporting the growth of today’s young players both on and off the ice.

Recognizing the tremendous influence female coaches have on an athlete’s future in the game, this International Women’s Day the NHLCA is proud to announce a new initiative to help support the development of female hockey coaches at all levels of the game.

The program will kick-off on June 25 at the 2020 NHLCA Global Coaches’ Clinic (held annually at the NHL Draft™) and continue through the 2020/2021 NHL season. The program cornerstones are providing continuing education opportunities for these female coaches including mentorship and job shadowing events led by NHL coaches, as well as a host of digital support tools and resources. Ensuring that program participants are also supported in growing their own network of coaches – both male and female – within their individual communities is also a core objective of the program.

“We’re excited for the meaningful impact this initiative can have on the development of female hockey coaches, and in turn, the game as a whole,” said Lindsay Artkin, President of the NHL Coaches’ Association. “Female coaches are a critical component of supporting the growth of hockey at the grassroots level, and it is essential to the game to diversify the current pool of hockey coaches. We intend for this program to be an impactful step forward in doing so.”

“Our research suggests there are three critical elements to accelerating the growth of girls hockey: access to inclusive programming in early childhood, casual and aspirational pathways in hockey development, and quality female coaching and role models along that journey,” said Kim Davis, NHL Executive Vice President of Social Impact, Growth Initiatives and Legislative Affairs. “We can close the gender gap in hockey with the right partnerships and strategies, and this NHLCA Female Coaches Development Program is advancing equity in a way that will produce dividends for the sport long-term.”

The inaugural year of the program will include a group of 50 female hockey coaches selected from across North America, many in partnership with their local NHL team and minor hockey associations. Ensuring there is a strong connection to the communities from which the coaches are based is a cornerstone of the program. This is instrumental in fostering the growth of their networks.

Said Artkin: “We are so fortunate to have the full support of our 200 NHL coaches in rolling out this program. It is truly inspiring to see the passion our coaches have in taking time to support the development of other coaches and give back to the communities from which they themselves first started coaching. The potential for this program to grow in the years ahead is unlimited.”