END_OF_DOCUMENT_TOKEN_TO_BE_REPLACED

‘We know what he wants’: Behind Todd McLellan’s mastery of message and how it’s helped the Kings’ rebuild 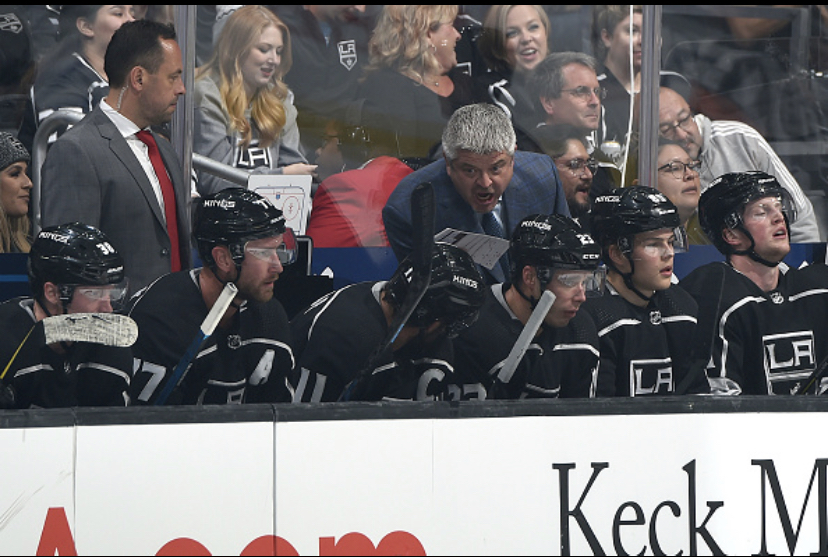 By  Josh Cooper (The Athletic)

EL SEGUNDO, Calif. — There are no gray areas for Drew Doughty anymore when the Kings’ head coach speaks.

There’s no wondering where the guy who is tasked with setting ice time, scratching players, creating systems and getting the best out of his group stands.

New head coach Todd McLellan’s mastery of the English language and ability to deliver a message has given Doughty and the Kings exactly what they desperately need as they try to figure out the best path to forge towards a new era and a stronger culture: A boss who knows how to communicate.

“He’s very clear, he’s not playing any games, he’s not trying to mess with your head,” Doughty told The Athletic. “He wants your practice habits to be good. He wants you to be a good leader off the ice, but his message is always very direct and in the past we didn’t have a direct message. It was kind of like a mind game out there.”

The mind games Doughty refers to involved former coach Darryl Sutter, whose style involved little chatter and more action, which sometimes brought confusion to guys about what Sutter thought of them but also brought success in the form of two Stanley Cups. Sutter was followed by John Stevens, who was almost professor-like and a bit drab in his approach. Then came Willie Desjardins, an interim coach who didn’t seem to say — at least to reporters — the real reasons for his decisions, such as knowingly playing Ilya Kovalchuk in a spot where the player would fail.

McLellan is nothing like any of these prior coaches, and it’s a welcome change for the Kings.

Every coach has strengths and weaknesses. Sutter’s no-nonsense approach brought L.A. its two championships but eventually hit an expiration date when guys got tired of how he operated. Stevens got a 98-point season out of the Kings because of his strong attention to detail and a more human feel for the group than Sutter, but he couldn’t gain command of the room when guys checked out the following year.

McLellan’s strength is a command of the English language that enables him to connect with players, mixed with a little bit of fire that rubs off on his guys.

“When he’s speaking it’s calculated,” said former NHLer Matt Hendricks, who played two seasons under McLellan in Edmonton. “Some of it has probably been rehearsed in the coach’s room and such and, ‘How are we going to deliver this message’ because Todd is a very good coach and a very smart coach and he understands, ‘When I deliver this message I want it to be crisp, clean and to to the poin,  where it’s not a lengthy five-minute synopsis on something.’ He wants to say it one time and he wants to anchor itself in a player’s mind and that’s it and we move on, where he doesn’t have to continually go back and go back and re-hash information.”

Said Kings team president Luc Robitaille, “I can safely say that Todd’s got a style of talking to players that’s a modern way, you know? But what I like about him is that he’s got the edge of the tradition of hockey.”

McLellan jokingly scoffed at the notion that he speaks at a higher level, or his syntax is in any way responsible for his success as a coach. In some ways addressing a locker room or having a one-on-one meeting with a player is no different than the chats he has with his family. This is just who he is, and some people speak better than others.

“I’ve been doing this for a long, long time. It’s all I know and maybe you just feel comfortable with it. I always revert back to when I did play, and it wasn’t for very long. ‘What did I need to hear and how did I need to hear it?’ And then a little bit at home about our house and life and classroom and all that type of stuff. Tyson and Cale, my boys, ‘How do they need to hear it? What do they need to hear when? How firm? How soft?’” McLellan said. “It’s different for everybody. So sometimes being really direct with an individual is the way to go. Other times telling them how important they are first and then going after them a little bit is the right way. You have to figure that out with individuals.”

McLellan said he doesn’t read a lot of books on coach-speak, or books in general, and instead watches news so he can know what’s happening in the world.

“Maybe I get some of (my language skills) from there. I don’t know?” he said.

But McLellan did say that the best coaches he had were the ones who essentially never beat around the bush. Even if the information they shared was uncomfortable, he understood what they were trying to tell him. 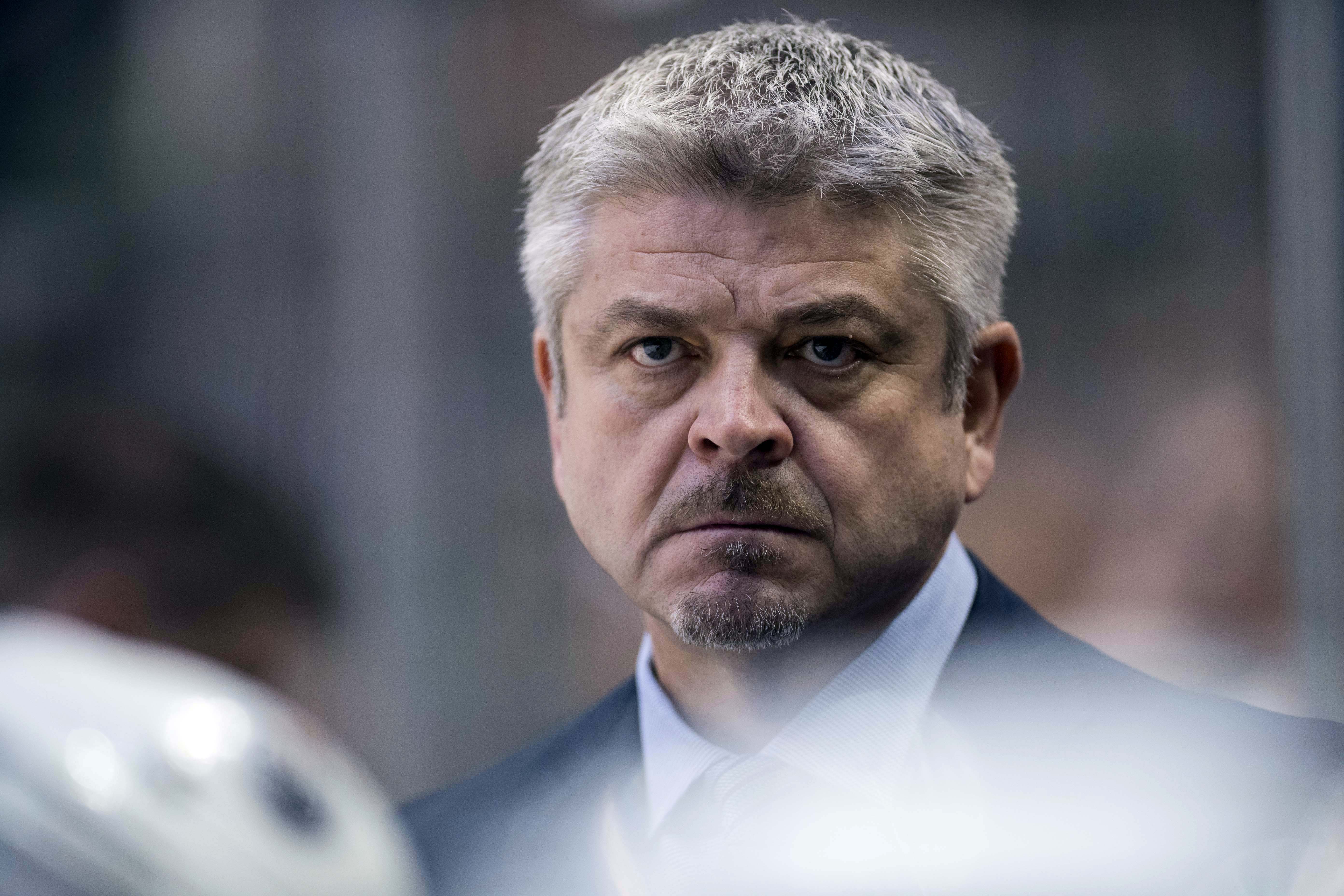 Kings coach Todd McLellan was respected in previous jobs because of how he spoke to players. (Jerome Miron / USA TODAY Sports)

Though the Kings have not won a lot of games, the team has shown effort and response to McLellan — traits that were lacking during last year’s Stevens/Desjardins Frankencoach situation.

Since Adrian Kempe’s ice time dropped to 9:10 on Oct. 15 and McLellan called him out to reporters, the slick Swede has averaged 15:48 and reclaimed a top-six role. He’s only scored one goal and had one assist in the seven games since, but he’s playing better. Kovalchuk scored a power play goal after McLellan noted that the aging sniper wasn’t producing on the man-advantage. (Side note: he hasn’t scored since, but this has been a team-wide problem).

“We wanted to get better from the last couple of years and they brought in Todd because he’s a really good coach and talks a lot and makes it easy on the players to understand the game and the type of game we want to play,” Kempe said. “That’s a lot easier for both the young guys coming up to the league and older guys as well. Everybody knows we’re on the same page. He’s very good with that and very easy to be around.”

McLellan also has helped the Kings, as a whole, communicate with their fans. The organization wants its supporters not just to see or hear about decisions the team has made, but know why it made moves on the ice. McLellan won’t explain everything, since there needs to be some mystery and gamesmanship in hockey in order to win, but he’ll come as close as possible.

“I think for him to be clear with how his message is delivered, what we do is entertainment. We should never forget … we’re not inventing something that’s going to save the planet. What we do is entertainment. So part of entertainment is educating your fans over what you’re doing and what decision we’re doing,” Robitaille said. “We all know we’re in a transition period to so have a coach that’s explaining why he’s making certain decisions and so forth, I think that helps.”

Sutter’s tough, old-school style gets a bit of a bad rap in today’s league, in which players need someone who is more of a teacher and adds a bit of a personal feel, he was the right man at the right time for that Kings team. They were a bunch of good players on the cusp of becoming a great team. They just needed a disciplinarian, not a friend.

Instead it’s McLellan, someone who has the fearlessness of Sutter to make big moves — like scratching Tyler Toffoli in Wednesday’s home game against Vancouver — but also can detail why he made the decision to everyone in the room.

He can tailor the message for people like Toffoli or Trevor Lewis — Cup-winning vets in their contract years — or captain Anze Kopitar or even young up-and-comer Sean Walker.

“He’s very eloquent. He uses it to get his points across very effectively. And he can talk to the room in whatever way that’s needed,” said Tom Holy, the Dallas Stars’ vice president of communications and broadcasting, who worked five seasons with McLellan in San Jose.

Added former NHLer Dan Boyle who played six seasons for McLellan with the Sharks, “He’s got a loud voice, he’s definitely a confident person and he can have some bark or bite to his voice if he needs to, but he knows when to tone it back also.

“Some coaches, it’s kind of my way or the highway, and that’s not to say he doesn’t have his own belief system but I think as a player he gives you the opportunity to kind of have a voice and sometimes listen to what the players are actually saying and what they’re going through.”

Though the Kings are in the middle of troubled times, McLellan — when he finally has the right players — appears to be the right guy, like Sutter was all those years ago, to lift them out of their rebuilding rut. He’ll probably get them all on the same page because of his words and his enthusiasm that rubs off. It’s become an undeniable fact this season and a small glimmer of hope for the team’s future.

“I think you can tell there’s a real passion for the game there,” forward Kyle Clifford said. “In any type of successful business or team or whatever, if you’re a CEO or a coach you have to have passion. It’s the only way you’ll succeed and guys follow that too. It’s something to wrap your brain around and get behind and be a part of.”