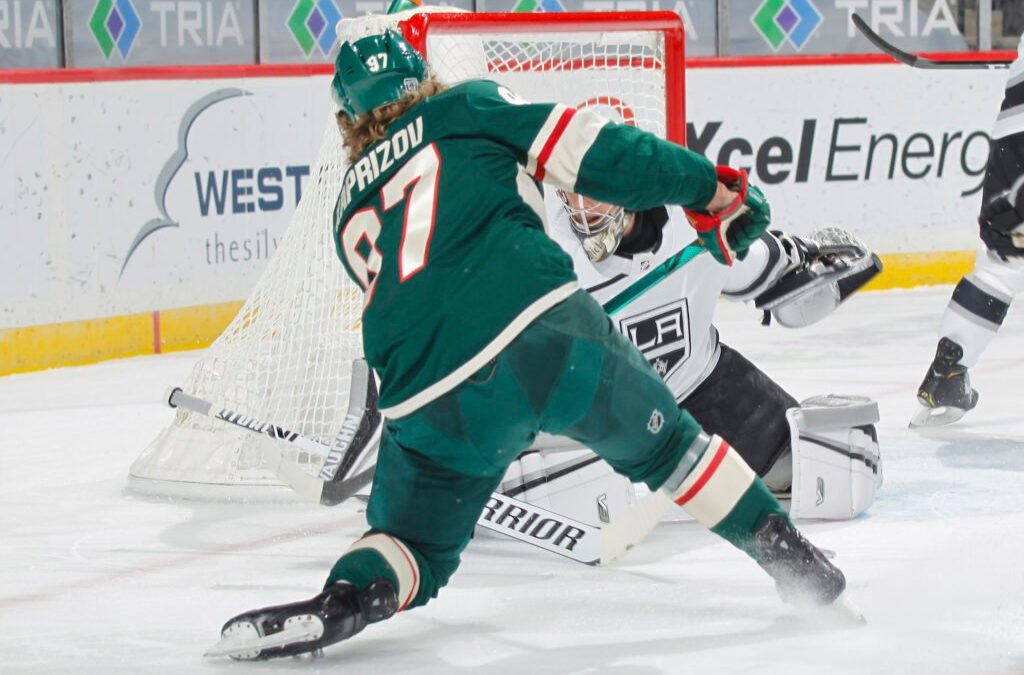 By Michael Russo (The Athletic)

Maybe the Wild really were sloppy and heavy-legged.

Or, probably more accurately, perhaps Friday’s stoppage of the Wild’s pregame skate was an orchestrated, preemptive strike by a savvy coach who could have been presented with an Academy Award after his allegedly incensed tongue-lashing.

Dean Evason has played and coached hockey for a long time, and he still doesn’t understand why teams often return home from a long trip only to lay an egg.

So Friday morning, midway through the Wild’s skate, the coach blew his whistle, ordered each of his players, even the goalies, to center ice and unleashed a fury about getting their act together and not arriving for their game against the red-hot Los Angeles Kings proverbially late.