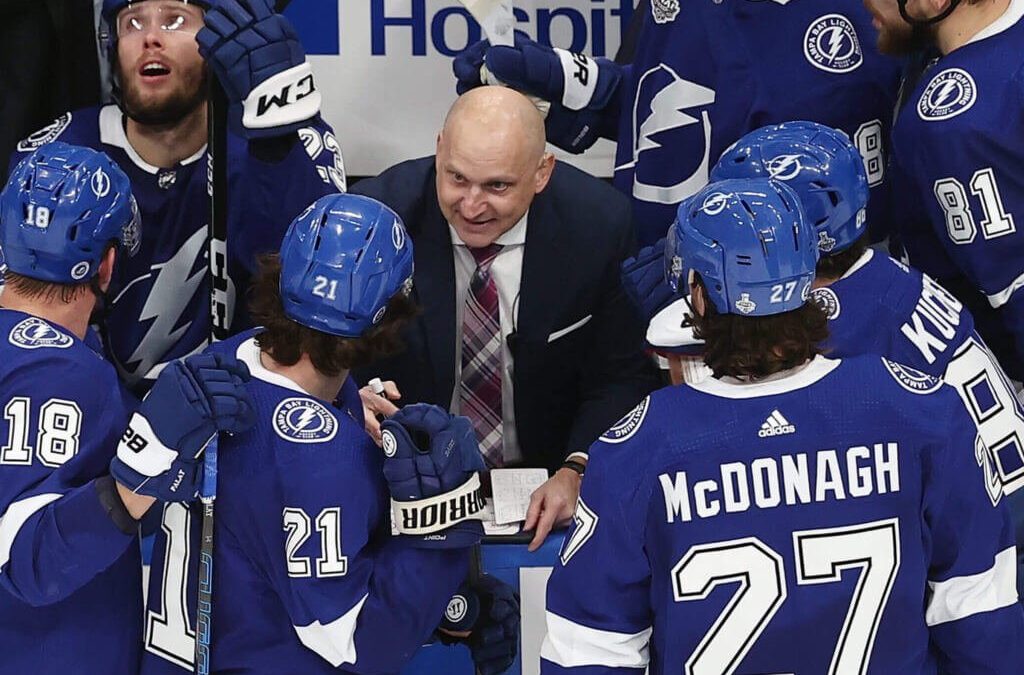 Derek Lalonde found out a few hours before puck drop in Las Vegas on Dec. 21 that he’d be serving as an NHL head coach for the first time.

Lightning coach Jon Cooper had texted the staff before they left for T-Mobile Arena that he was getting put in COVID-19 protocol, so he’d have to quarantine for a while. He offered a few last-minute instructions to his assistants, including Lalonde.

And it didn’t take long before Lalonde’s buddies started to ease the nerves by sending barbs, directed especially toward’s the 49-year-old’s wardrobe.

“I hope the TV cameras weren’t on him a lot,” Red Wings coach Jeff Blashill quipped.

You see, Lalonde, hired to Cooper’s staff in 2018, is great at many things. His outgoing personality and self-deprecating humor help him connect with Lightning players, as he often starts each speech with a joke. He’s not shy when it comes to ribbing buddies from back home in Brasher Falls, N.Y, a town of about 1,000. He’s got skills at pickleball, Wiffle ball and board games, not to mention breaking down an opponent’s power play.

“But no one is going to confuse him for a GQ model,” friend Chadd Cassidy said.