‘He never runs out of them’: The stories of Terry Crisp, who brought hockey to life in Nashville 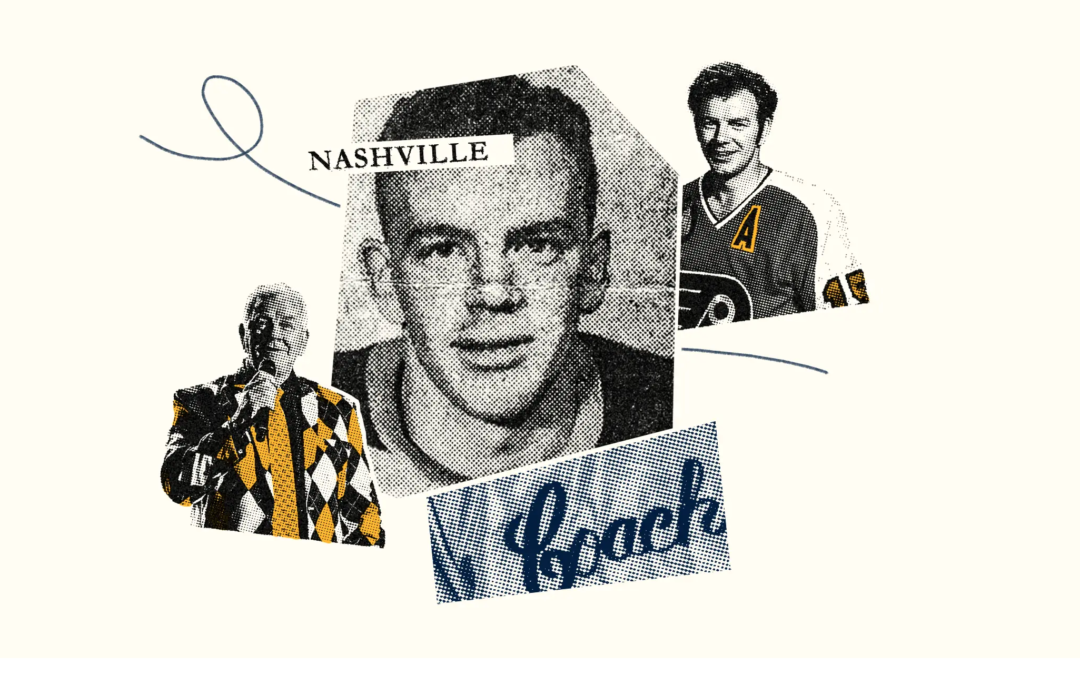 By Joe Rexrode (The Athletic)

Nashville defensemen Roman Josi and Dante Fabbro fall to the ice trying to deny a pass, with forward Nick Cousins caught behind the net. Calgary forward Andrew Mangiapane slides the tying goal into the net. Nashville and Calgary hockey legend Terry Crisp brings a clenched right fist swiftly to the desk in front of him and yells to no one in particular: “Jesus Murphy! What are we doing? Can we at least make them earn their goals?”

It’s the third period of an eventual 3-2 Nashville shootout win on April 19 at Bridgestone Arena, the biggest outcome yet in the Predators’ push to make the playoffs and delay Crisp’s retirement. Lyndsay Rowley, who hosts pregame and postgame coverage with Crisp on Bally Sports broadcasts of the Preds, hangs on every shift with Crisp at their desk in the concourse, as she’s done for the past five seasons, lending some balance to what she calls his “array of cuss words and poundings of the fist.”

This is what Sheila Crisp has coming in her near future, in her 58th year of marriage to the man known by most as “Crispy.” She can watch a full season of hockey games with her husband rather than support from afar as he plays, coaches or broadcasts them. It’s an option, at least.

“He still coaches,” Sheila says. “He never stopped. The way he is during these games? Poor Lyndsay sitting with him, I’d go nuts. I wouldn’t sit there.”

But Rowley savors the entertainment. And hockey insight. And friendship. Usually when Crisp gets talking, the space around him disappears quickly. That’s the effect one of the game’s great storytellers, maybe the greatest, can have on a crowd. The booming voice, the wide grin, the easy laugh, the knack for crafting a narrative with a strong kicker, the seemingly endless supply of fascinating experiences and anecdotes — Crisp has it all in his arsenal.

“It’s not the same six or seven stories like some people — he just never runs out of them,” says Willy Daunic, the Preds’ TV play-by-play announcer and a Crisp protégé since Crisp arrived in Nashville in 1998 to provide color on simulcasts next to Pete Weber.