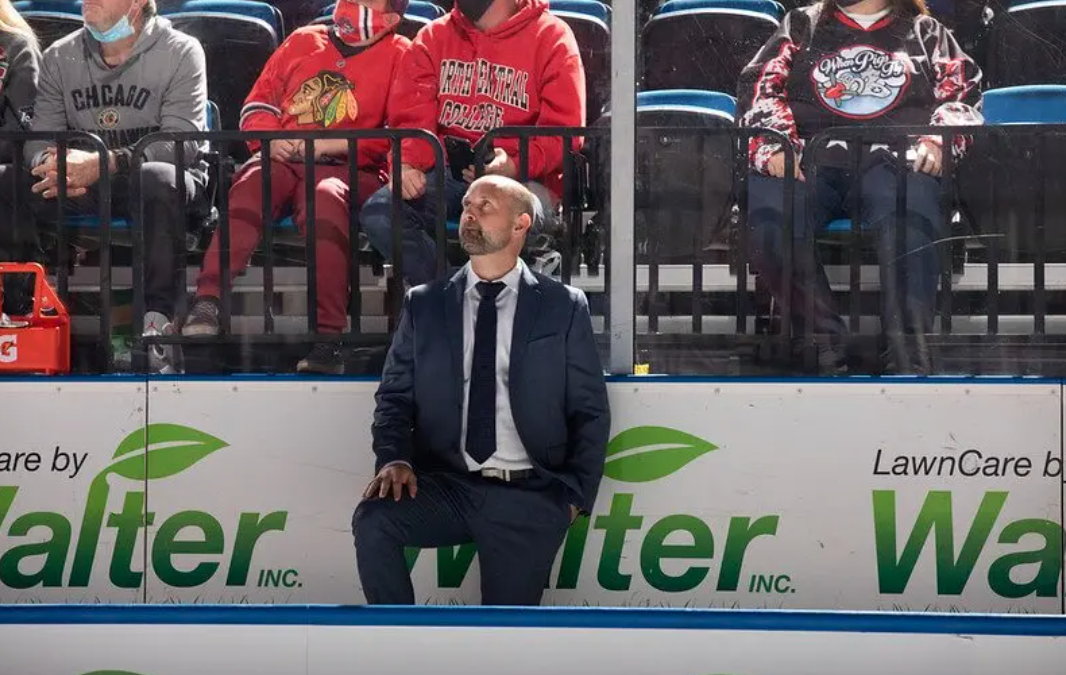 By Scott Powers (The Athletic)

ROCKFORD, Ill. — Anders Sorensen spends about an hour — sometimes longer depending on traffic — driving to and from his house to BMO Harris Bank Center to coach the Rockford IceHogs.

Sorensen didn’t want to move his family from its Chicago suburban home when he began taking on a larger role with the Chicago Blackhawks, first as a development coach, then as an IceHogs assistant and most recently as Rockford’s interim head coach. The drive doesn’t bother him. It’s not too long. Plus, it gives him the opportunity to continue his ongoing hockey education. He calls fellow hockey coaches back in his native Sweden. He talks to coaches in Switzerland. He listens to podcasts about coaching and development.

It’s not all directly about hockey either. He’s fascinated by things being done in soccer and other sports that he can link back to hockey. One of his favorite podcasts as of late is “Where Others Won’t,” which features an Aussie rules football coach interviewing people in sports, business and academics. So, the drive is a perfect length for Sorensen to absorb a podcast, have a conversation, or just think further about his coaching methods before either reaching home or work.

Once he arrives home, or to work, Sorensen’s mind is often still quenching more information. It’s why he tracks every Stanley Cup playoff goal in his free time. He wants to understand playoff hockey at a deeper level. It’s why he communicates with Blackhawks player development coach Brian Campbell almost every day whether it’s in person, by text or by phone call. They’re constantly discussing the macro and micro of hockey strategy and development.