END_OF_DOCUMENT_TOKEN_TO_BE_REPLACED

Jim Montgomery is a product of his upbringing. Here’s how his father guided his growth 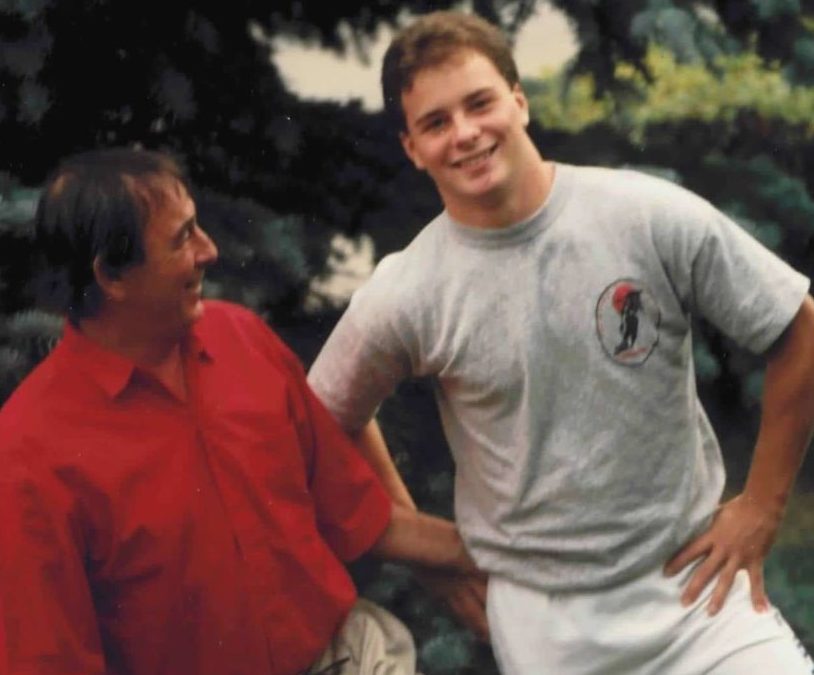 By Sean Shapiro | The Athletic

On the scoresheet, Jim Montgomery was the best player that night.

He had just been the last player cut from the elite team in Montreal. Montgomery was sent down to the second-level team and scored three goals. His hat trick was the difference as his team won that night’s game, and everyone was happy for the young forward.

That was what he thought, at least, until he got in his parents’ car.

Keep in mind this happened when Montgomery was playing youth hockey.

“I remember we were playing a game and Jimmy was on the wing during a faceoff and I heard him talking, and I’m confused on who he’s talking to,” said Tommy Cacioppo, a family friend who played with Montgomery as a teenager. “And it was him talking to his dad, because he was letting him know he hadn’t been tough enough that game.”

“After every game, he would sit down and the car ride home was just an honest debriefing of my game,” Jim Montgomery said. “And he always preached about making sure that I was a good teammate, that I was doing the right things for the team.”

James “Jimmy” Montgomery specialized in tough love. And he is the man who the Dallas Stars head coach calls the most influential figure in his life.

“Our dad… he believed in everyone’s potential,” Lisa Montgomery, Jim’s older sister by a year, said. “What he couldn’t take is when you wasted that talent and didn’t work in a way that was smarter than harder. There was no such thing as ‘can’t’ or ‘try,’ it was ‘do it’ or ‘don’t do it,’ and be honest about it.” 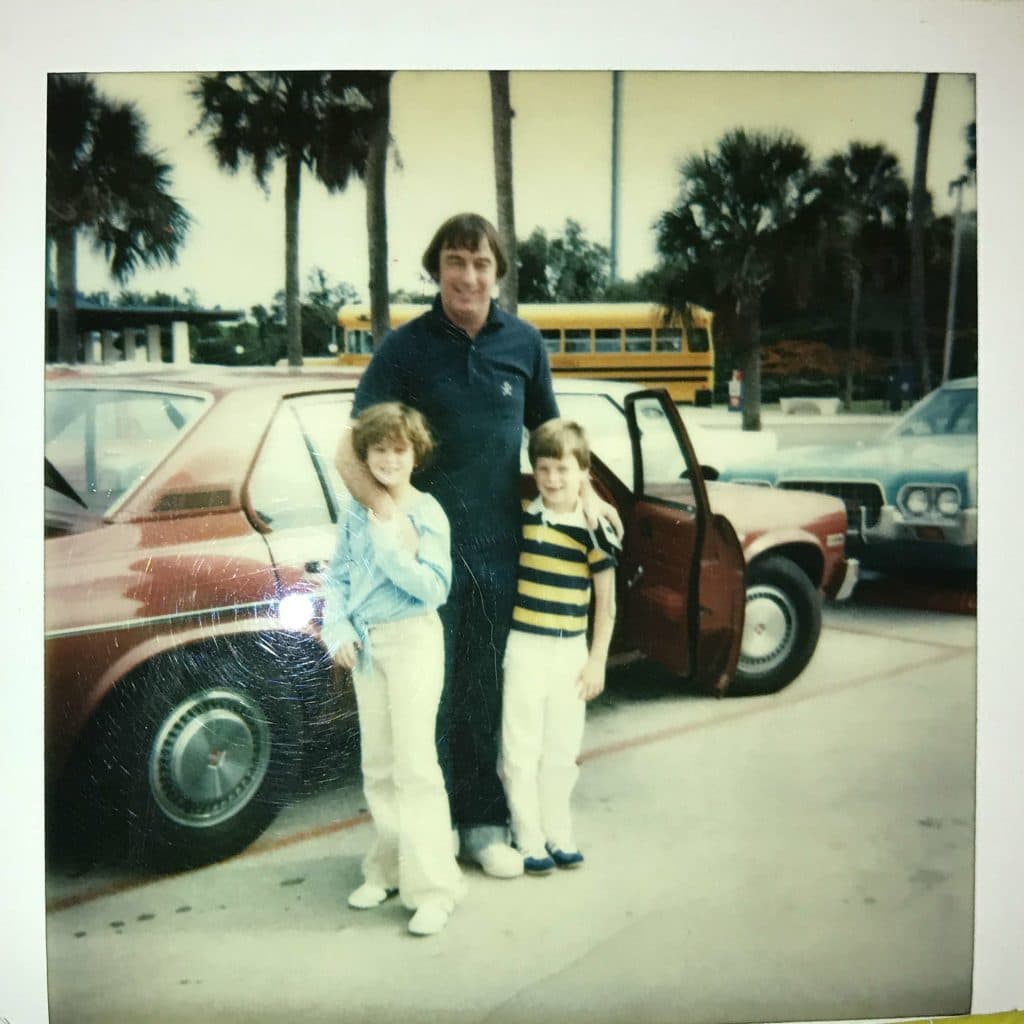 This upbringing shaped Jim Montgomery as both a hockey player and a coach, particularly when it comes to communication. The Stars coach is direct and straightforward with his players, doesn’t play games, and conducts honest debriefings when assessing how a player has performed.

When Tyler Pitlick scored in his first game back from a healthy scratch, Montgomery wasn’t happy with his overall performance against the New York Islanders. Even though the forward had scored, Montgomery was direct with him about how he had played. A few days later, Pitlick said he understood Montgomery’s thought process.

Earlier this season Jason Dickinson was playing well but missed a couple of defensive assignments. He and Montgomery had a blunt chat about it.

“You know what he wants,” Dickinson said. “It’s not a situation where the coach is telling you something and you have to figure out what it means. He’s telling the truth right away, which can be tough but it makes you better.”

It’s an approach that Montgomery has carried over into his dealings with the media. Montgomery is blunt and honest when talking about his players.

The same goes for lineups. There have been a few instances this season in which visiting media members have been going through the process of elimination to figure out lines or who was scratched, only to be surprised that Montgomery is happy to divulge his lineup when asked.

This a rarity, particularly in the Dallas Stars media landscape. Prior coaches wouldn’t even disclose starting goaltenders while others would speak rather eloquently and they were a nice quote, but didn’t actually speak that truthfully.

Montgomery’s communication with the media mirrors, in many ways, how he deals with his players. The lineup during the morning skate is the same as the lineup that evening — barring injury, of course – and while the lineup juggles frequently he’s upfront with players about why he did so if asked. During practices, he’s not afraid to stop everything when a star player has messed up a drill – earlier this month there was a stretch where the line featuring Jamie Benn and Tyler Seguin messed up a drill in back-to-back situations, and the coach was quick to correct them on it.

“I think it’s honest. I like to be fair,” Jim Montgomery said. “I just like honest feedback. That’s what I liked as a player and I believe if you’re genuine and if you’re honest with your feedback, players will always respect it; they might not like it, but they’ll always respect it.”

Lisa Montgomery sees similar traits in her brother to those she saw in her dad.

“My dad was a force,” she said. “Like, a complete force. My brother always wrapped himself in that blanket. I was always trying to change to get out from under it. My dad didn’t tolerate liars and we were taught not to listen to bullshit — be able to detect it but be kind to people because you never knew what they were going to say. My brother is very similar now.”

Athletics were a defining factor for Montgomery family long before Jim was getting debriefings on his ride home from youth hockey games.

James Montgomery was an Olympic-level boxer who represented Canada at the 1956 games in Melbourne. He played both rugby and football, while Dorothy said her husband, who passed away in 2015, was possibly most gifted in basketball. 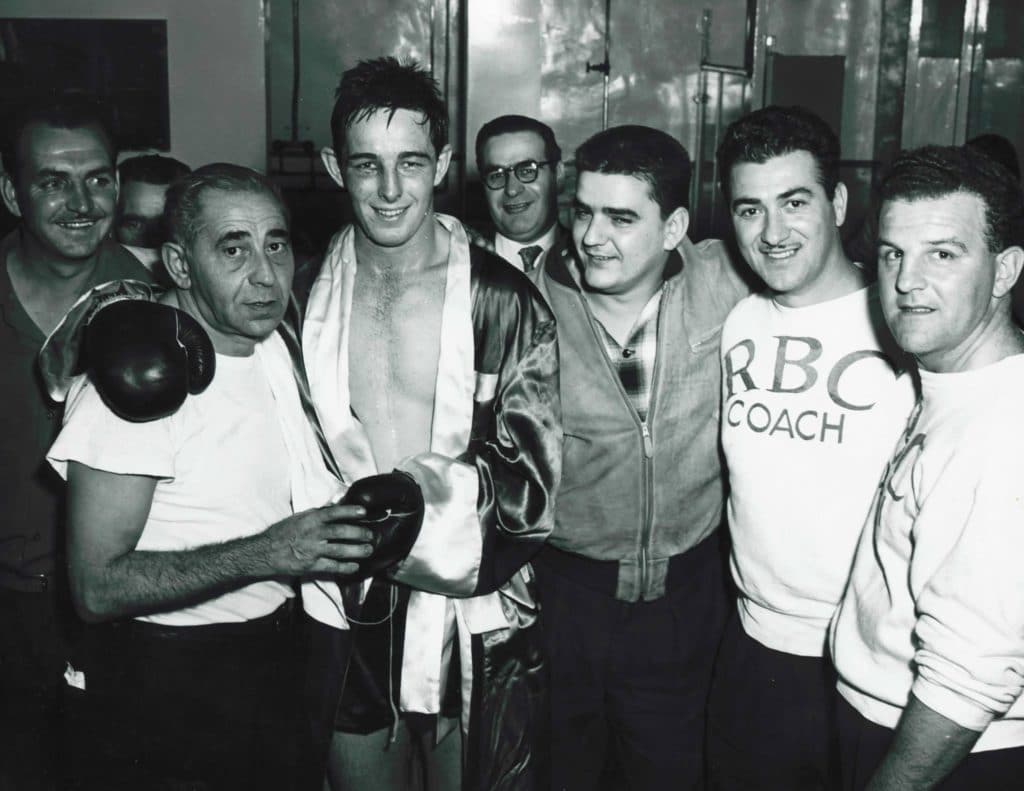 “I would ask him about it, but he didn’t like talking about himself very much but when I would ask him — you know, he scored a winning touchdown to win the Canadian National Junior Football championship and he won Canadian National Basketball championship too and he was a go-to player on those teams,” Jim Montgomery said. “But he told me more about stuff like right before he scored the winning touchdown, he got a pass and he made a move left, a move right, and one of his teammates said, If you just turned and went upfield, you would have scored that touchdown sooner.’ He would tell me stuff like that, like how productive results come from hard plays and doing the smart thing.”

So in many ways, Jim Montgomery was born into an atmosphere that would turn him into a coach.

“I think he coached me from when I was like 5 to 10 but then not officially after that,” Jim Montgomery said. “But he never really stopped coaching me.”

“My brother has always looked at things like a coach,” Lisa Montgomery said. “Since we were kids, I would say, ‘Wow, what a game,’ and he would say ‘Yeah, but so and so had better stick handling,’ or ‘Did you see him come back and how quickly he turned?’ And my father would point those things out with him.”

Lisa stops to laugh when talking about her brother because she remembers a level of sarcastic, sometimes self-deprecating humor that her father used, one that was passed on to her brother. It’s something we’ve seen at times this season, where Montgomery is able to flip a switch from expecting the most to not taking himself too seriously at the same time.

Before his first game as an NHL head coach Montgomery was asked if he had worked on the proper strut for the green carpet Dallas would roll out.

Montgomery’s first season in Dallas has provided plenty of twists and turns. The coach is still adjusting to the pro game and learning how to handle professionals after years of coaching amateurs.

One of the goals that Montgomery’s been trying to achieve is increasing the level of accountability for all of his players. It’s something his father would have expected and it’s something that Jim and Lisa witnessed with their three older siblings, who are 16, 13, and 12 years older than Jim; everyone lived by the same rules. 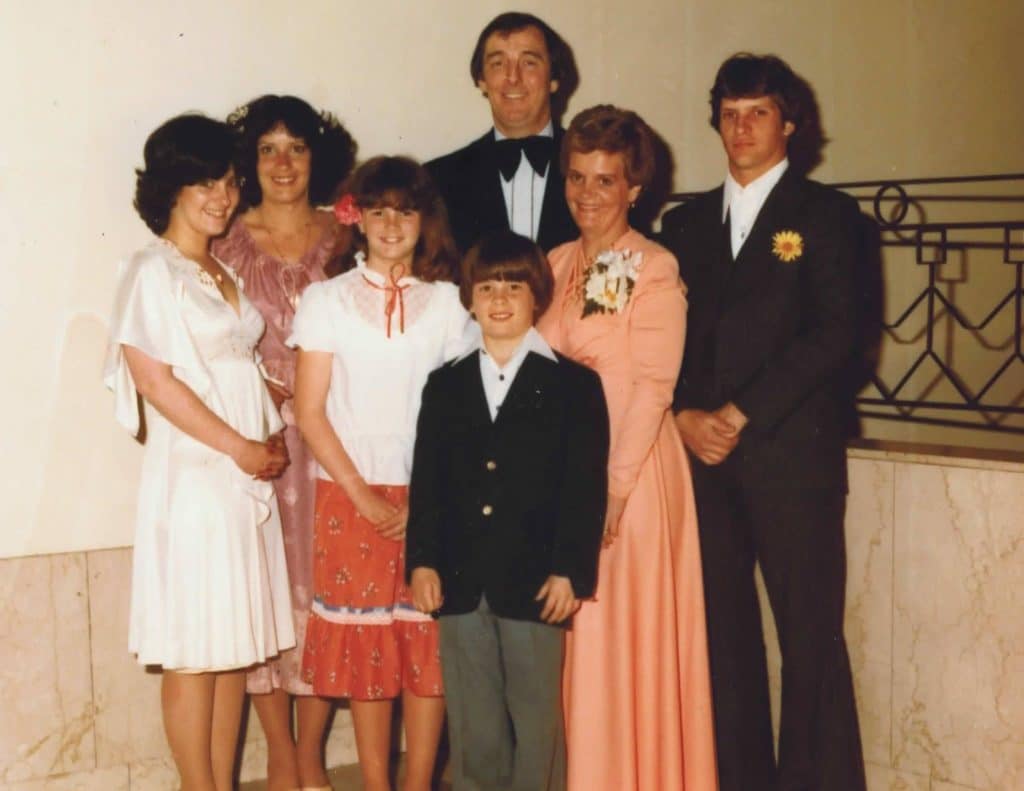 “I think I understood what he was doing because I had so many siblings above me and you would hear him disciplining them or lecturing them and he was right. And when he was, like that game I had, he was right,” Montgomery said. “I knew he was right so I knew what he was saying was truthful and would make me better. So I think of all of the kids, I took it the best. Like, I looked at it as he was trying to make me better, not that he was being mean because he did, when I played well and I worked hard, he would be a happy dad.”

(Pictures courtesy of the Montgomery family)