Kings vs. Oilers Game 7 thoughts from an NHL assistant coach: Who has the edge? 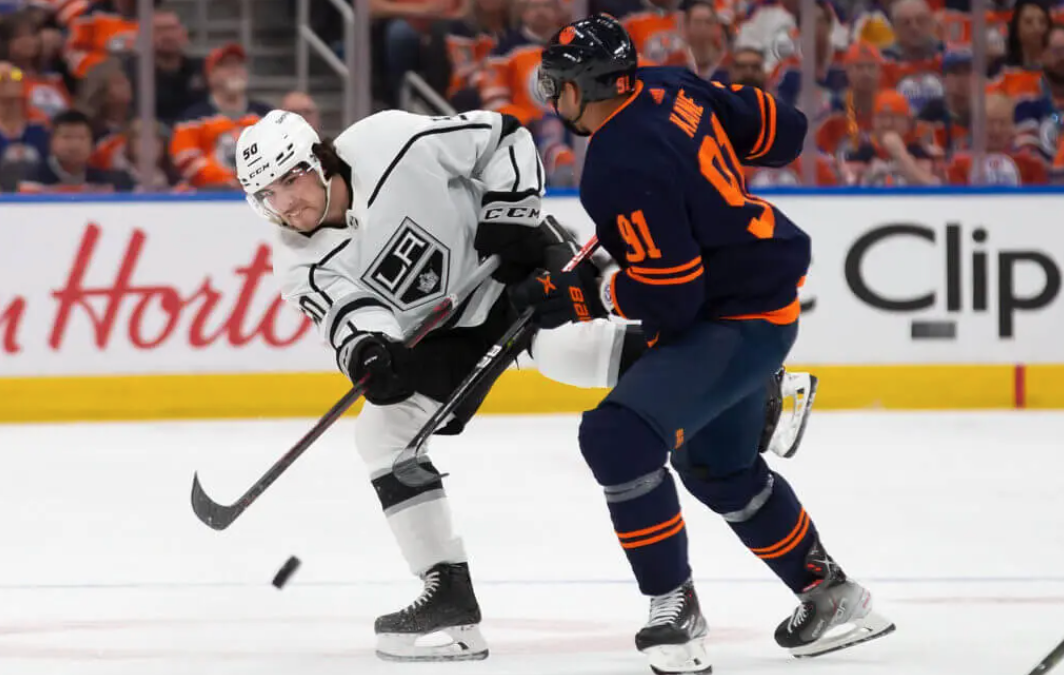 By Lisa Dillman (The Athletic)

You’ve heard plenty from the Kings and the Edmonton Oilers through six games (one requiring overtime) and off-day availabilities. The teams have spent plenty of hours in the air, jetting back and forth — and the Oilers even had one bus ride to get across the border.

Now it all comes down to one game: Game 7 on Saturday night in Edmonton. The Oilers were close to an across-the-board favorite heading into their first-round series against the Kings. In The Athletic’s survey of an executive, a scout and a coach before the playoffs started, all three picked Edmonton. The scout did take the Oilers in seven games.

On the day before Game 7, we reached out to an assistant coach in the NHL to hear his unfiltered impressions of the series. Not surprisingly, he had plenty to say about the first six games and the implications for Game 7.

First off, how much have the Kings missed Viktor Arvidsson?

I think more than any of them will let on. You’ve got a guy that’s a legitimate 30-goal scorer and he’s an opportunistic type of guy. And when you don’t have that guy in your top six, somebody has to go into that role, and it changes everything.

If anything, it’s given (Carl) Grundstrom a chance to step up and shine. He’s scored some big goals for them. Maybe he wouldn’t be playing as much or maybe he’s not even in the lineup. So, it’s a tough thing that they don’t have (Arvidsson) but that’s the way the playoffs go. When they’re usually tight-lipped, it’s something significant. I think it’s a huge loss for them.