‘That’s just him’: Why Blackhawks interim head coach Derek King is wearing the right hat at the right time 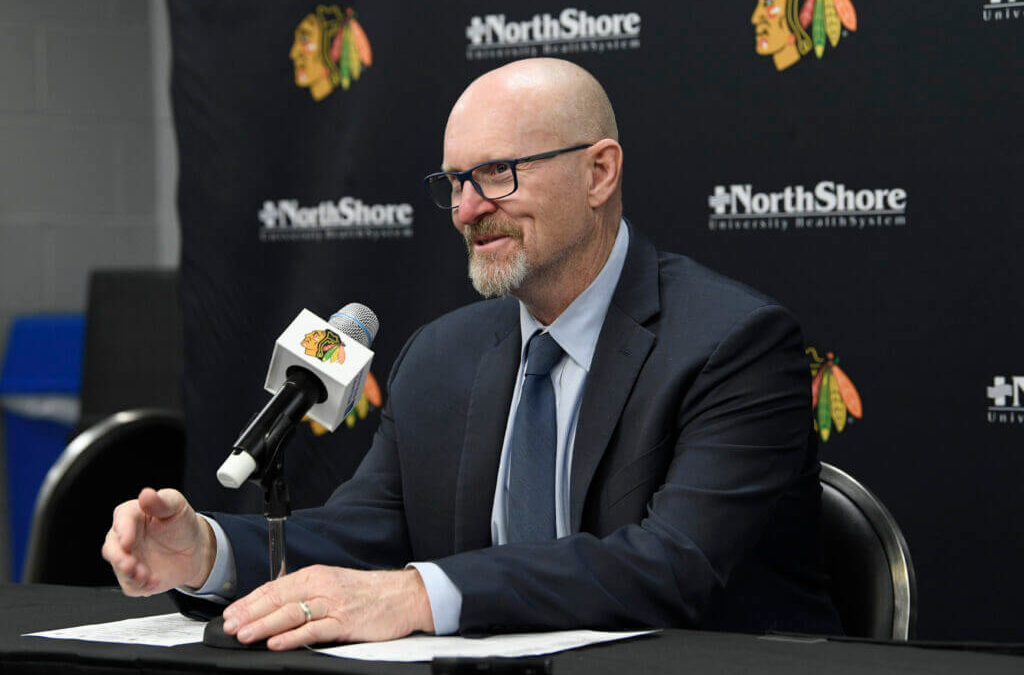 By Scott Powers (The Athletic)

The Derek King you’ve seen as Chicago Blackhawks interim head coach is the one nearly everyone who’s known him talks about.

They mention his quick wit — like when King, standing at a lectern instead of sitting at a table after his first practice with the Blackhawks, remarked, “One win and I’m running for president.”

They talk about his easygoing personality and how he allows the players their freedom. Calvin de Haan said recently, “Kinger’s come in, said the right things, I believe, and he’s got a real down-to-earth mentality and personality. He’s been fun to talk to and fun to be around in the locker room. I think he’s kind of letting us steer the ship to a certain extent.”

They mention his unselfishness and say how good of a person he is. Dallas Eakins, who played and coached with King, said, “Back when we’re playing, like one of the call-up guys wouldn’t have a car here. … He’s like, can I give you a ride? It’s who he is, and I just can’t say enough about him. … Like 10 out of 10, this is a guy you’d want as your friend. You’d want him as your father. You’d want him as your son-in-law.”